THE SOCIAL CELL: I Conspiracy theories and social mythology are not a recent phenomena, nor invented to make the most enlightened of unemployed internet connoisseurs look “ridiculous”. The world isn’t about you, Mark. Conspiracy theories, government plots, back door dealings, high profile deaths, have been a part of many societies, and in the histories of […]

Tread Carefully; though Fish do not Carry Guns; a snake can walk without feet

If it is true it is true, we cannot disputemother nature in her wisdom nor should we refutethe gravity that holds in warm embraceThe wayward drifting headed face to facewith cement on one side the otherside spaceas empty as the whispers he prays when he prayswhen death knocks at the backdoor andasks if the man […]

Game of the Day: Shot in the Dark

Self portrait, a chronicle of a piece of art as it happens.

In the Scarlet Letter, Hester Prim has a daughter out of wedlock, Pearl. 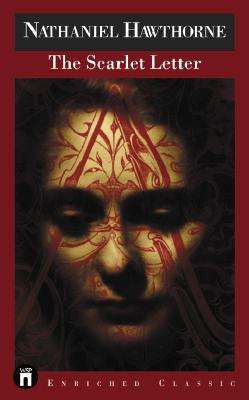 And for the Puritan society, for that culture, this is a sin. They were too civilized to burn her at the stake and kill her, they wanted to kill her and make her live with it. So they burned her while she was still alive, forcing her to wear the eponymous Scarlet Letter – ‘A’ for Adultery. (The worst segment in Sesame St. history, if you ask me.)

This type of punishment, this very demeaning sentence, not least of all to Prim, but to an absolute innocent, the child, caters to a culture of judgment, a culture that instructs not through hands’ on education, but through shame and judgment.

The purpose of this public ridicule is a revenge, in this case, a revenge against a woman’s transgressions, despite their not knowing of the situation in its entirety. Because in a culture of encouraged judgment, a psychological condition plays an important role: you are more likely to excuse your own behavior because you know the reasons behind your behavior, if you run a red light, there are justifiable reasons. If someone else does the same, or cuts you off in traffic, may they burn in hell. And there is another issue: confirmation bias. It is the tendency to seek out that which reinforces what you already believe while at the same time avoiding anything that might contradict those beliefs, even to the extent that contradictory proof will only solidify your position further.

After Hester is lettered, put on display for all to see – for the old to pity, for the young to fear themselves and their own desire – it is to the sole benefit of a culture too busy judging a Rembrandt to learn to paint. There’s a large audience for popular criticism, the criticism of film, music, and literature, and people. Yes, people. That thing you are. Self bias doesn’t extend to other people. Why, that’d be crazy. But they have a word for that: empathy. The excuses we make for ourselves are excuses we’d never accept from somebody else.

There are different types of judgment, to be fair, and not all judgment is vindictive. Literary criticism is more explanatory than dismissive in most cases, looking to expand upon the story’s merits rather than burn it for its flaws. I see the appeal: understanding is hard. It takes time. And burning is easy and fun. Whereas literary criticism and traditional film criticism expand on the story to show its relevance and applicability, this is in furtherance of teaching and preserving the intellectual culture of humanity.

With dismissive criticism, it makes it easy for someone without time or ability to create and contribute, even if it’s only to the detriment of harder working people. only to join the dehumanized spectators on the sidelines, never a part of the defense or prosecution, with nothing to lose, contributing only to the chorus of other blunt and feeble instruments without losing the delusion that they could make music, much better in fact, if they tried. Not trying is how you fail without doing anything, and it’s easier to redirect that judgment, to focus it on someone who did try. By distance and cynicism are the jaded excused, only by themselves, for those like them, without empathy, are making similar excuses, and those excuses don’t apply to other people.

Hawthorne makes less of a case for the removal of Hester’s scarlet letter than advocate a world where there’s no hunger for this kind of public disgrace.  as all who live fall short of their goals, fuck up, make mistakes, some large, some small, and the encouragement of lettering doesn’t stop more people from failing, it stops more people from trying.

Arthur Miller touched on many of the same themes in The Crucible:

“Ours is a divided empire in which certain ideas and actions are of God, then their opposite are of Lucifer. A political party is equated with a moral right, and opposition to it with diabolical malevolence.”

This was an injunction to share more and hide less, a call to mpathy, to understand a shared humanity, to use a gray approach when considering people, not thinking of things in good and evil, wholly so, or black and white, guilty and non-guilty, implying that you are purely and only one or the other. It’s easy, I get it, to understand contrasting ideas when using exaggerated, extreme examples but it comes at the cost of subtlety and nuance (two endangered species of bird found in French Polynesia.)

The Crucible by Arthur Miller is a similar tale, another warning against public condemnation and judgment, in instance using the same political machinery to brand someone with a scarlet letter. Miller’s allegory is a treatise on the morality of society’s collective need to see someone hurt, to stab someone solely to see their blood, not for justice or in furtherance of truth, not truth, but a revenge against their difference, a poison, to make someone’s name synonymous with their mistake, like Hester’s A – by the end of the story it changes from a totem of shame to be angel, to the young women she seeks to help and angel, even.

What starts as political opposition becomes, through manipulation, a moral, emotional opposition. This allows an issue to be addressed in the easiest but least appropriate manner: emotionally and personally. When you treat one set of people as inherently better people, how kindly then should those less fortunate be treated, those with the disadvantage only of having been born different, or different by choice? They become morally repugnant, and as such the process of judgment becomes not only a necessity but moral, even righteous. A sense of pride, a sense of responsibility – the responsibility to judge. Whenever you pull a scab off someone’s wound and point a camera at it, you’re embroidering a Scarlet Letter,

Hawthorne’s novel is as relevant now as it was when it was released and is a poignant, profound reminded of the nobility of humility in the face of criticism and dismissiveness, slander and shaming. Though we may not see another’s heart, nor others ours, surely if we only looked for scarlet letters, through confirmation bias and osmosis, we’d find one in everybody, and place it on them publicly and forever, as Hester’s gravestone is emblazoned with that same A that marked her shame, to remind the living, in perpetuity, the penalty of making a mistake. There’s a scarlet letter for every mistake you can name, but keep in mind, in the court of history, the jury is on trial, and the world is not full of bit players only, extras with varying degrees of plot and development, but full of tars, all the lead character. Don’t be the antagonist. be the person who shows up when the screenwriters have no other way to move forward.

Brandon is an author, poet and head writer for Sir Swag on YouTube. With 630k subscribers. Since February 2021 he has written for the most important and popular series, News Without the Bulls%!t and the least popular work on the channel, History Abridged. Brandon joined the channel in late January, since then his work has been featured every month in News and History. His novels and works of fiction have also been well received, and he continues to be a proficient and professional chess player. In his spare time he like to catch up on work. View all posts by Brandon K. Nobles