The Library of Babel

Black to play and spit:

The whole game can be seen here: 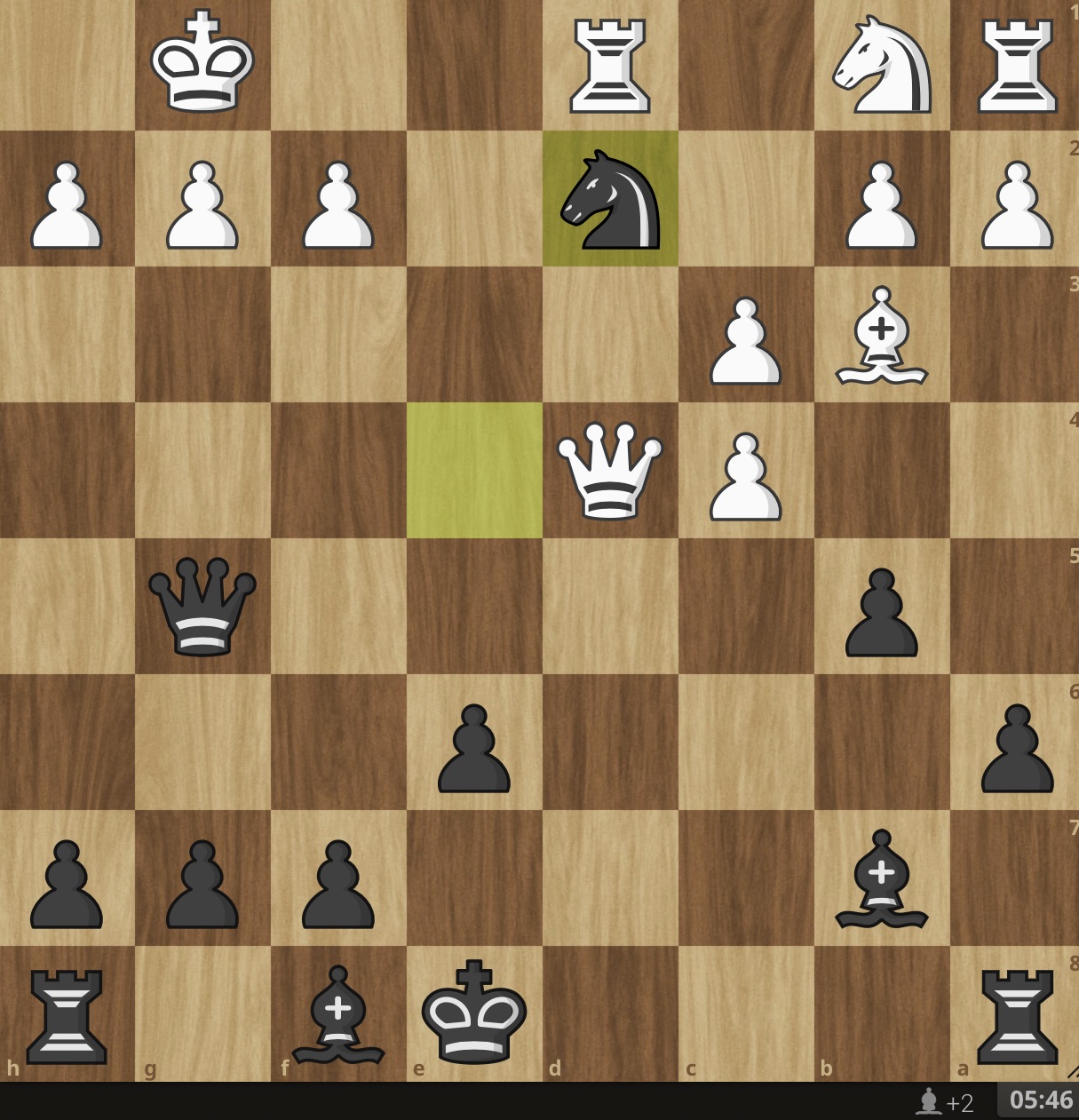 Boss move of the day. Clearance; throws the knight away to open the bishop/checkmate

Game of the day , sometimes a protected piece isn’t so protected after all.

This is under construction, you see, a crime scene obscene

It starts on the front porch of the farm,
Yes, with mother, in the summer time.
She wore a floppy sun hat while she tended the wine;
Jesus had no magic if he could not appease the Vine.

In the Dream the coming of Christ is assured
And the righteous have chartered and worked
all to make it to the kingdom on earth.
But he’s captured, Christ almighty,

The ringing of the WINDCHIMES sounded and light
From the yellow moon beamed in slanted rays that night
the chimes came together with the change of weather
then there was a step on the stair.
A moment later a stranger was there.

THOSE SILVER WINDCHIMES SOUND OFF LESS FREQUENT,
THE WHITE,
STIRS AT THE TOUCH OF INVISIBLE light
CARASSESS THE CURVES OF THE GLAZIER’S PALANTIR.

She sees in the mirror above her unclear
nearer the time of her death
there was a camera up above
that could feel that act of love
that act of Lust it leaves the same trail for a criminal
but she believed —
the reflection in her eye gave each feature of his eyes,
And each curve along his nose, each passage that his toes
spread across the carpet as he walks
The WINDCHIMES are clanging as it started raining
Two unlike shoes leave boot print clues as they
wait on the ref to call the loss,
or wait on Death as he’s always lost —

He finds his way by chance some say
in his search to find he is utterly blind
and by destiny he walks just to that
liminal space where infinite space comes face to face
with the age who has aped
God after god that he saw as himself
killed the God for the billy-goat of the Lake;
The reflection of narcissus was such a face,
as that of a djinn some masznoon Malook–
in the distance the muezzins calls to prayer the rooks;
And the bishop sacrifice was flashy and nice
but a bit too clever for itself
It seemed he died for a third rate ride
To a place he had been twice, twice too much
he had seen the passersby, the hour being eight,
he saw that green truck passing the lane
where he stood at the edge of the wood and yawned
Watching his arc of piss cut the dawn.

Sometimes when it rains, I’m sure some feel
a certain anger that day, in the chill,
As though the storm and thunderclouds
They’ve gathered about your home and house
back where you started from how could he not
We sometimes lose the evidence to prove we were here
someday we might be light trapped in a disk
spinning around Orion proud in the silent abyss
Reaching out with a new type of snout
to smell the secrets of the world
But what I’ve gleamed by the tree of spring
is much happier are those who bring, who give,
the joy of comforting another’s, someone else.
made her think of taking some time off.
The bridge at the corner and land by the cross,
How odd that you should fall where such
a lovely rose blossom and bud
once seeded the air with its spores and its such
that the air ever sweetened after its touch.

so no one has to die they say if the wisest be the right
or if the doctor, medicine man says this was just trite
We make the payment to the chief and bow Ikon Yesse.
Or before a drug just as Jesus as god, if you can’t feel that
hole, that need
to barter for a second game despite that old law still the same;
did we pay to cross that doorway lost where in we stepped
to wait
at the other side of dawn with a stretched out sign on
the wall that guides you to the place
The valley of Gel Hinna was the model for sinners
a place that evolved into hell
Gelhinna and leviathan arise and spit fire on
The watchman is a sleep and the countdown has stalled
it’s in our hands and it’s inherently flawed